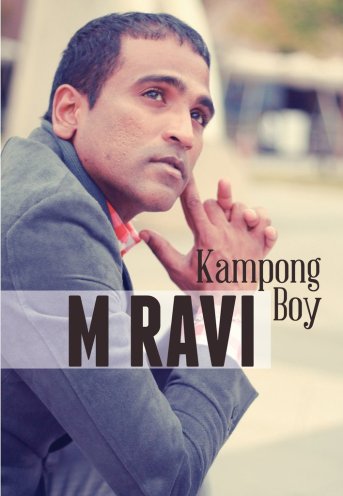 I truly enjoyed reading this book ‘Kampong Boy’ as it gives so many insights into what makes M Ravi the man he is today. And those personality traits which characterize him as a lawyer today were formed when he was a young boy, so reading about his childhood, family life, and the journey he took to become a lawyer has been rewarding. Why is he against the death penalty? Why is he so stubborn, so persistent when fighting for those clients (pro bono, mind you) ordered to be hanged? If they are involved in the drug trade (whether as a mule or not), why shouldn’t we just hang them as per our laws?

Brought up in a Jalan Kayu kampong, Ravi was one of seven kids in the family. His father was overly fond of alcohol, a spendthrift and had even been to prison three times. To make matters worse, one day the father even robbed his young son of the money meant for school expenses. M Ravi even went to the police station to try and lodge a report but the officers wouldn’t accept it as the accused was his own father.

His family seems to be the stereotypical Indian family full of drama. There was once when Ravi’s parents were fighting and his Dad was choking his Mom. Ravi’s older brother intervened and broke their Dad’s arm! Read the book for the full details.

Ravi’s mother also suffered from depression and she eventually committed suicide. That proved devastating for Ravi, who’d moved out with his mother due to her disagreements with other members of the family. I feel for this lady I’ve never met before – she had her first child taken away from her by absolutely cruel in-laws, and right from the start, she had been forced to leave her sweetheart and marry a man she didn’t love because his parents were rich from winning the lottery. Too bad that this man would squander away those winnings.

As you can probably guess, Ravi discovered he had outstanding oratorical skills and did well in competitions in school. He was also a very determined boy. He camped outside a Tamil teacher’s flat until the latter wrote him a speech for his competition.

He had a slipped disc as a result of the hard work during his time in the Combat Engineering unit while serving NS. He eventually took up the issue with MINDEF and was given $3,000. While in the army, he also went on a hunger strike because the food for vegetarians was deemed unpalatable and not nourishing enough. He eventually got his way and the meals he wanted.

He studied History, Political Science and Sociology in NUS but also went for evening classes to study Law (University of London’s external program). While he was preparing for his Law exams, the Government announced that this degree would no longer be recognized in Singapore. That’s when Ravi decided he’ll go to the University of Cardiff in Wales for 2 years of study. On 31st May 1997, Ravi was called to the Bar. In 2000, he started his own firm.

Ravi’s a really interesting character. He got around the rules and did a firewalk when he was just 13! He’s also a dancer, with a passion for Indian classical dance. He even had a short stint as a TCS newscaster – imagine how differently his life might have turned out if he’d stayed there!

Lots of lawyers take up pro bono cases because of the media value – there’s lots of media and public interest in the case, or they are doing it as a show of being concerned about the people so as to pave their way into politics. I know of at least one young lawyer who took up a case and then instructed his clients to meet at a location near the Courts so they could all walk together to the hearing, and the lawyer would be photographed together with his clients for the newspapers. <- He even decided who should stand where. (@_@) *And in this case, it wasn’t even pro bono. They paid him a princely sum for him to get featured in the media. Said lawyer was even extra friendly to journalists during the breaks, chatting with everyone like old friends. Perhaps he should have gone to TCS to be an actor.

Lawyers like Ravi are probably few and far between. He had offered to pay for the funeral expenses of Vignes Mourti and even slept next to the casket together with Mourti’s family because they were so afraid that the body would be taken away to be cremated as per the official instructions and the deceased’s friends and family won’t be able to pay their last respects. [Read the book and find out what happened]

“Some people here feel that a lawyer should never get too closely involved with his clients and their kin, especially in death penalty cases where the stakes are so high. But that’s not how I’m made up. It’s especially in those cases where the stakes are so high and where human pain is at its apex that I get drawn into the life and emotional distress of these clients.” – M Ravi.

And in the death penalty case involving the Nigerian Amara Tochi, Ravi flew around the world to rally support for his client. I’m guessing he might be the only lawyer in Singapore who does such things. I’ve met one other lawyer who admitted that he does all that pro bono work hoping to get into politics. He put it in no uncertain terms that he felt he was deserving of the MP’s paycheque. Thankfully, he won’t be elected into office any time soon.

Ravi mentions in the book that his licence to practise law had been suspended for 1 year in October 2006, but fails to explain why. I did a quick Google search and it appears that he had been disrespectful to a judge. Not sure what had happened though I’d certainly love to hear Ravi’s explanation. In all fairness, I think that in the heat of the moment when putting forth an argument in court, certain actions might be deemed rude or disrespectful so I really won’t hold it against the guy. Perhaps in the (near) future, lawyers will be replaced by robots which will obviously not let emotions come into play, seeing as how they have none. 😀 I’m looking forward to such a day! 😀

Though when it happens, we won’t hear of gutsy lawyers such as M Ravi who, during the Falun Gong case, filed a criminal motion against Judge Shumangam. Really, read the book and find out what happened! It’s nothing short of amazing.

While this book has convinced me that activists who are against the death penalty really have a legit cause (e.g. you can easily be caught with drugs placed in your luggage by someone else, and be sentenced to hang even if you are innocent), I’m not so fond of his clients who want a repeal of section 377A of the Penal Code. One of Ravi’s clients had sex in a CityLink mall toilet with another man. They got arrested and were each fined $3,000. And yet they still wanted to “take a stand against 377A”. There’s also been another case of two gay men arrested for having sex in a coffeeshop toilet. Seriously, guys. Sex in a public toilet of all places. And coffeeshop toilets?! Aren’t there more sanitary places to demonstrate your love for each other? (@_@) I’m quite sure they wouldn’t have gotten arrested in the first place (377A or no 377A) if they hadn’t done their hanky panky business in public toilets.

*Ravi also mentioned former NMP Thio Li-Ann’s statement (from a long time ago) about how anal sex is akin to “shoving a straw up your nose to drink”. *cough cough* I actually didn’t know about this statement of hers till I read this book. Ravi, like many others, found that statement offensive. And he has my respect because he isn’t gay (or, at least, that’s what I concluded from reading this book) but would fight for gay rights or human rights in general. Some lawyers out there are fighting for ‘human rights’ but are really, ultimately, just wanting to fight for their own gay rights. In all fairness, I think Singapore offers the middle ground – we’re not as liberal as the West (no gay marriage, etc) but we don’t dish out punitive punishment like some of our neighboring countries where gay men can be publicly caned.

As I’ve written in the previous book review post, about Misdirection by Ning Cai, let’s stop making a fuss about wearing pink or white. Let’s just stick with red and move on already.

“While it is an established tradition in many other countries, lawyers here in Singapore are not at all comfortable with activism. But I have made it my mission and my calling card. I feel that all the advantages that have been given to me, and all the sacrifices my family made so that I could become a lawyer, can best be paid back when I involve myself in human rights activism and the cases that come out of this commitment.” – M Ravi